Target aspect not in B-Scope projection 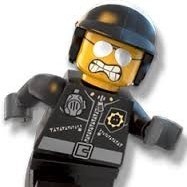